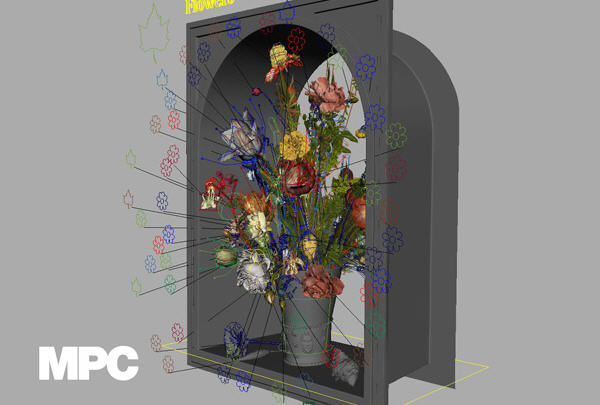 Artistic duo Rob and Nick Carter have teamed up with MPC to create a groundbreaking piece of digitally engineered art, breathing new life into Dutch still life. The artwork takes as its subject a painting by the Golden Age master Ambrosius Bosschaert the Elder (1573--1621) and recreates it as a three-hour long animated sequence transitioning through times of day and introducing new elements to the painting.
MPC created an entirely computer generated animated replica of an original painting - something that has never been done before.

The undertaking was enormous and after two years the result is a piece of incomparable technological invention and artistic quality. Quite literally nothing has been created on this scale before. The piece involved several thousand hours of digital rendering, more than a feature length animated film.