By Unknown - June 17, 2012
The design of the piece specifically resembles a circus or festival marquee sized at a human scale. its wiring is left exposed, tangled on the floor of the sculpture in the colours red and black, suggestive of anarchy. the artists elaborate:
'the bunched wires merge and divide like a map of the tributaries of a mighty, active, turbulent river. by representing the transport of the electrical energy that fuels the work, the wires evoke the way in which ordinary people all over the world have flooded their cities and municipal spaces, electrifying global consciousness with the actualization of a new politics, carrying with them the charge of a new mode of being human and citizen.' 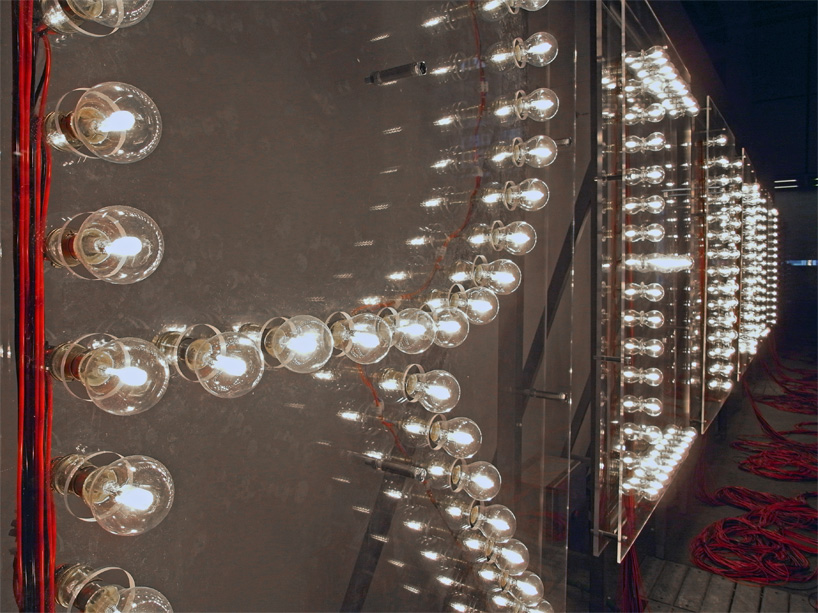 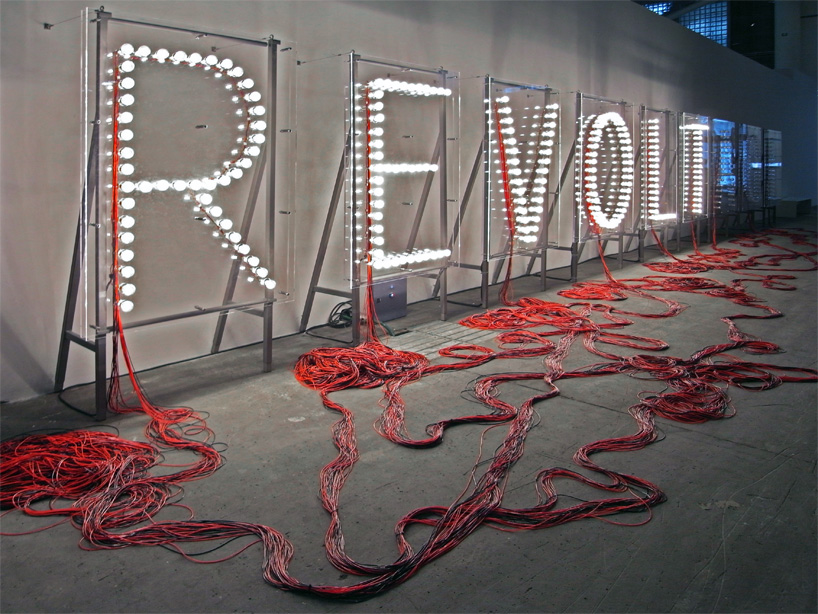 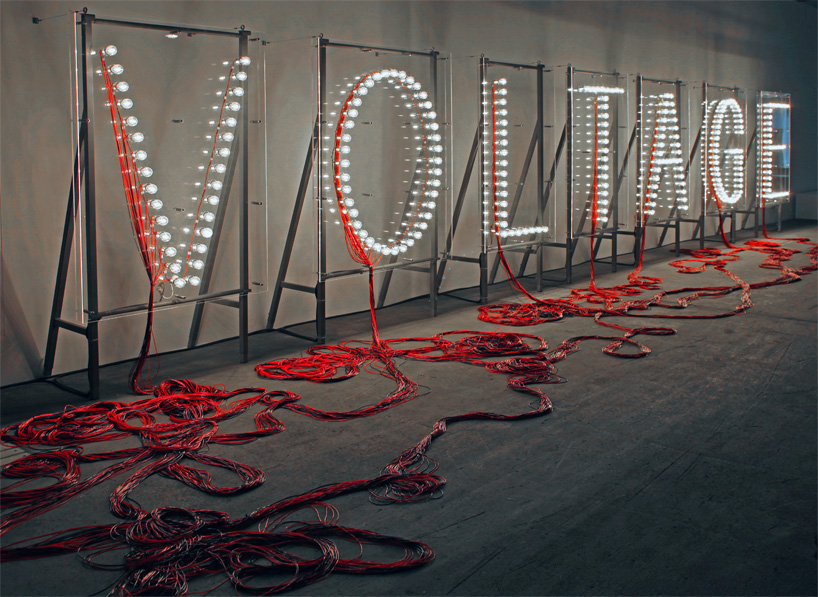 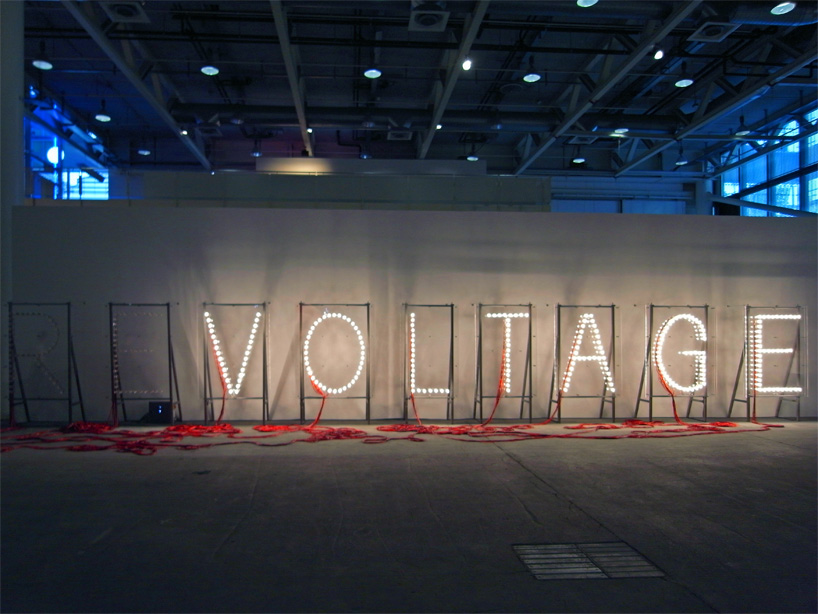 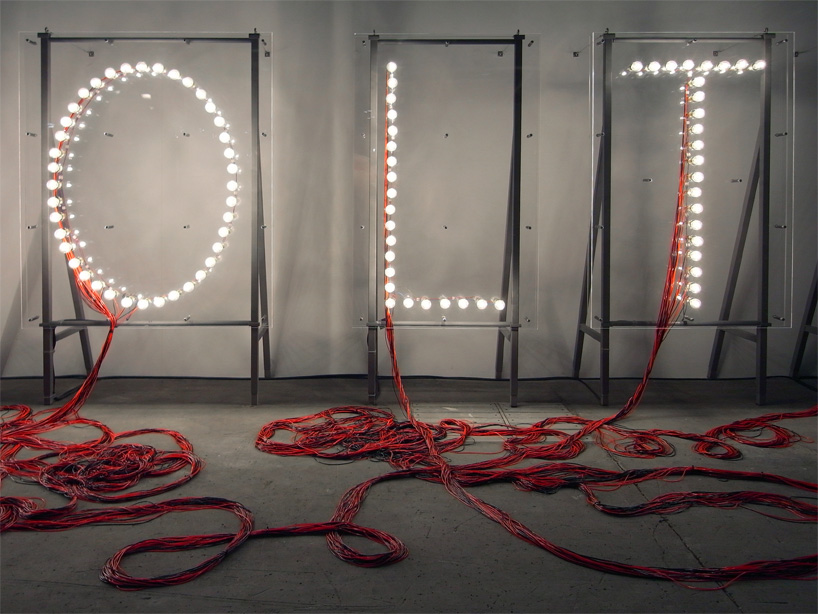