By Unknown - August 01, 2012
Michigan-based portraitist eric daigh has broadened his 'pushpin' series with two new pieces entitled 'mayday' and 'throwing blankets'. the artist creates large-scale artworks, often depicting faces, using thousands of meticulously arranged colored tacks as the chief medium. the pieces are generated to achieve shading, toning and depth reminiscent to that of a photograph, however, this can only be seen in a clearer resolution when viewing the work from further away, as each pin acts much as pixel would. 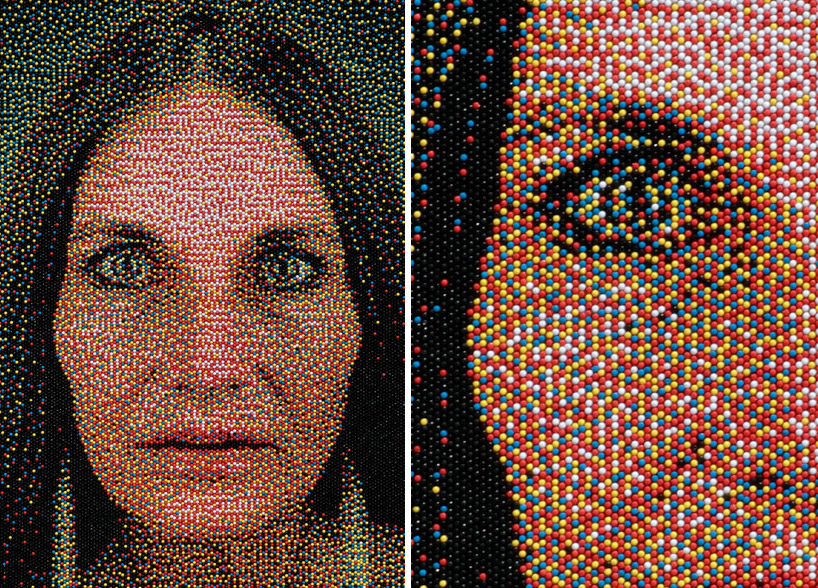 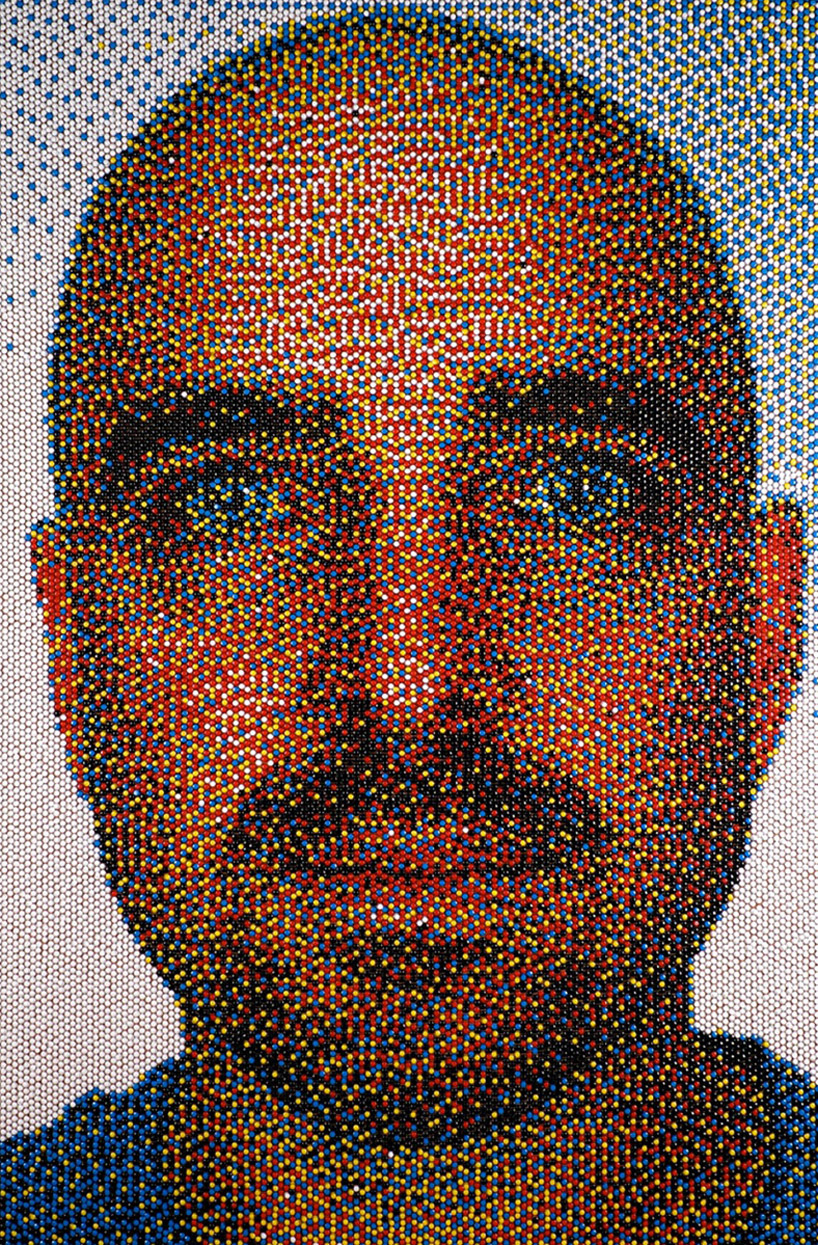 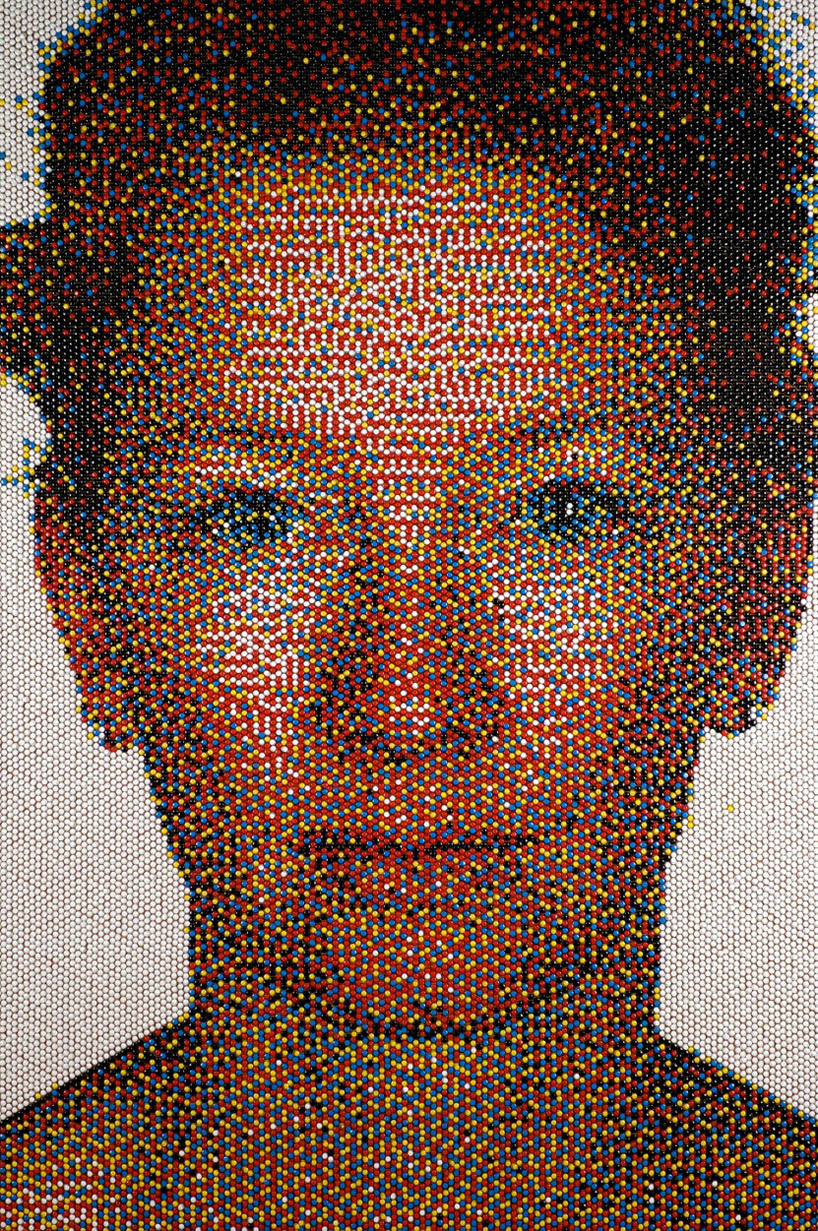 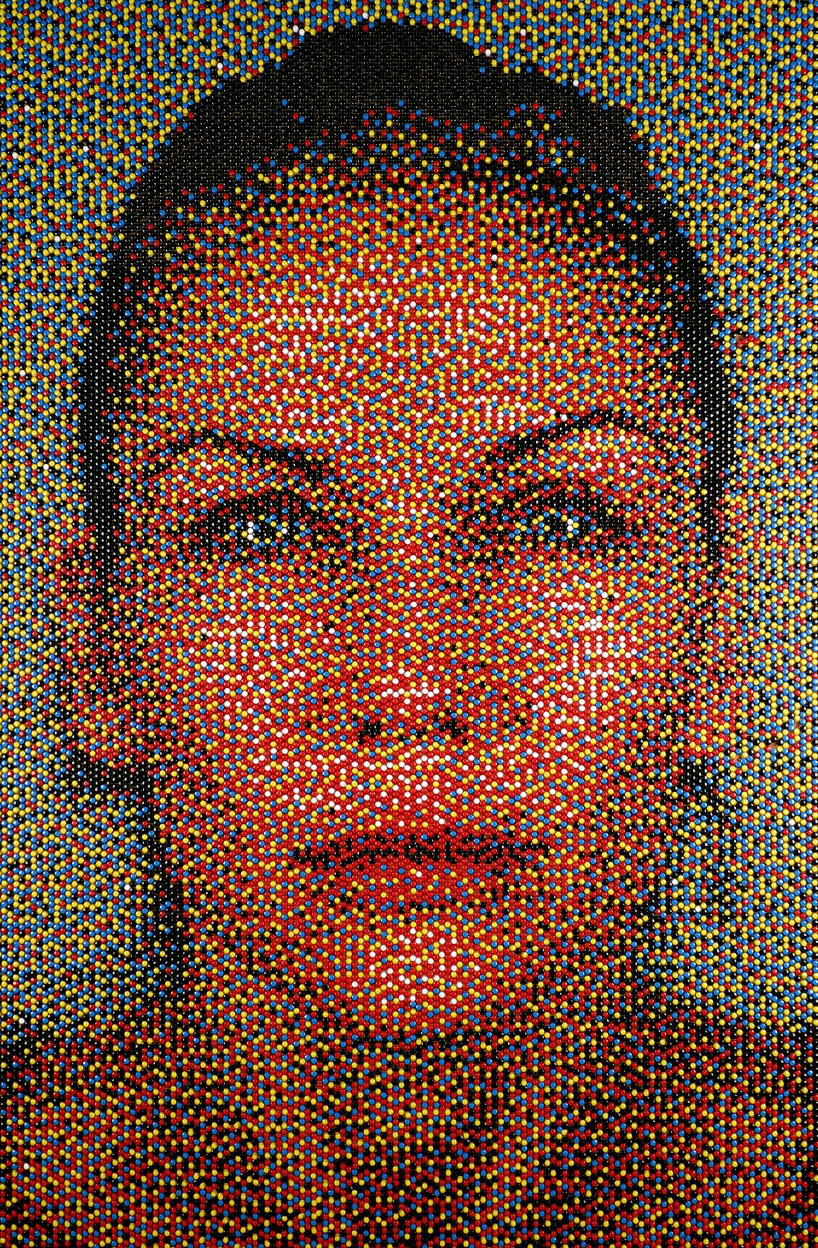 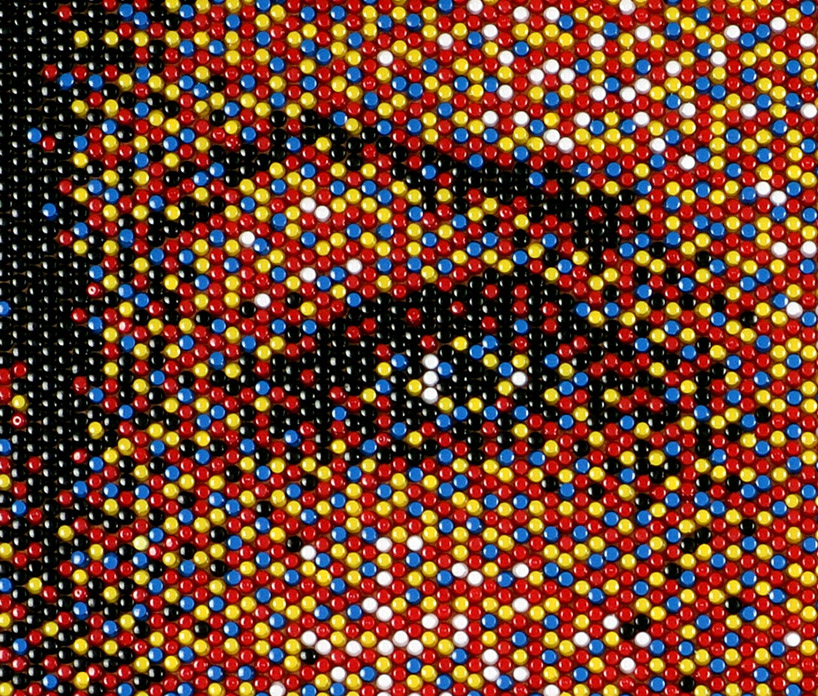