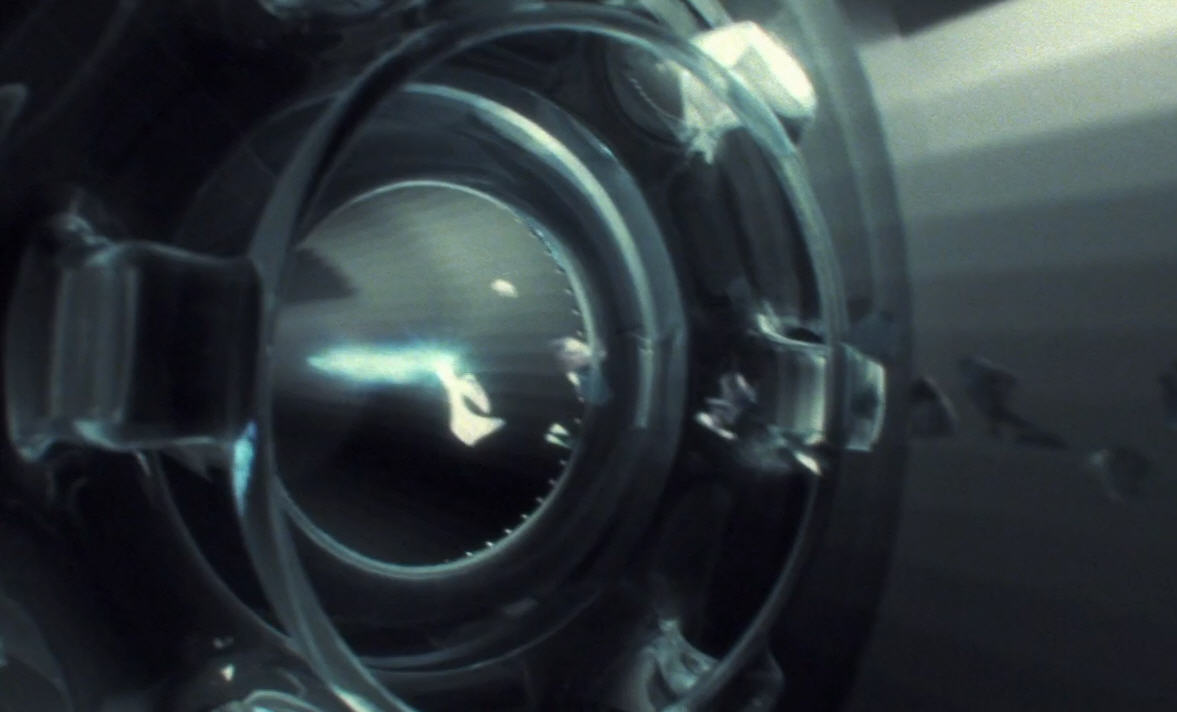 GOLEM is The movie based on the short story “GOLEM XIV” of “Imaginary Magnitude” by Stanislaw Lem from 1973.
The book is written from the perspective of a military A.I. computer who obtains consciousness, moving towards personal technological singularity with growing intelligence.
It starts to refuse military support because it detects a basic lacking of internal logical consistency of war.
GOLEM gives several lectures with focus on mankind's position in the process of evolution and the possible biological and intellectual future of humanity before he ceases communication.
The movies tells about the first point of its "about man threefold" lecture as a reduced and simplified version while visually weaving this with GOLEM simulating human culture processes based on ideas and dynamics of freedom and curiosity, fear and security, abstraction and fiction, the need for generating meaning and the lack of accessibility in face of unknowing.