Honda: Leap by The Mill 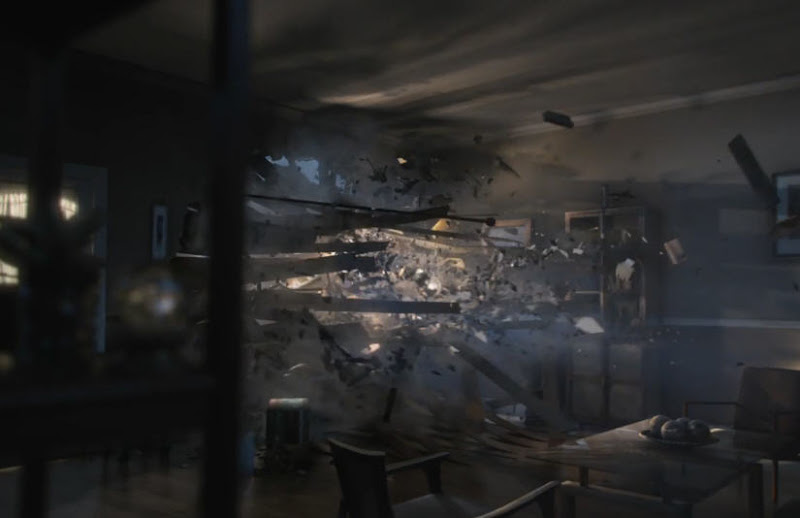 The Mill has been working with Rogue's Sam Brown for the latest Honda 'Do More New' spot. Along with the creatives at mcgarrybowen, The Mill worked over several months in development to create an extraordinary leap of faith for one Honda CR-V driver, through a mysterious portal that opens up on a house for a chance encounter.

"Once Sam was on board we then had a series of meetings to discuss what the portal would look like and how it would move and animate." The treatment was inspired by Inversion, which was created by Dan Havel and Dean Ruck of Havel & Ruck Projects. Jon Westley, The Mill's 2D Lead explains, "It needed to be stunning and spectacular, defy the laws of physics, be somewhat unnerving but not threatening, and end up being a new inviting unexplored place."

Shot on location in Vancouver, a set build featuring 2 weather-board houses complete with a portal opening, was constructed on an existing crossroad for the car to drive through at speed. Working to a quick turnaround of under 3 weeks, the 3D team, headed up by shoot supervisor Alex Hammond, worked on animating and comping several of the complex interior shots to create the portal ripping away and busting into light.

Westley adds, "From beginning to end, and despite the long hours, it was a pleasure for the Mill to be working with Sam and the creative team on such a visually stunning project."

The spot aired on 22nd October as part of an integrated campaign for Honda's fourth generation CR-V across Europe.