By CGRecord - July 10, 2013
Ford has just produced a one-of-a-kind U.S. Air Force Thunderbirds Edition 2014 Ford Mustang GT. This unique Mustang features an exterior design inspired by the 60th anniversary of the U.S. Air Force Thunderbirds, the fastest multijet flight demonstration team in the world, recognizable by the design of its F-16 Fighting Falcon fighter aircraft. Check out the Photos 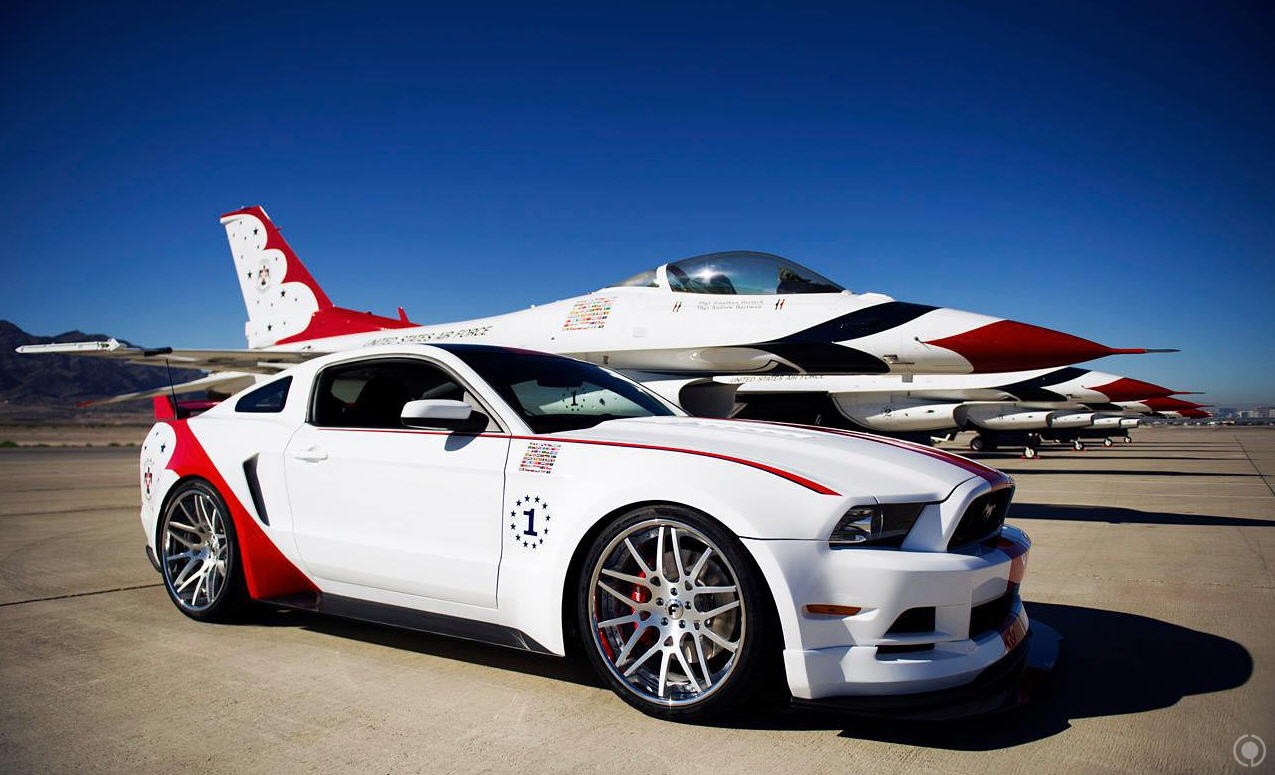 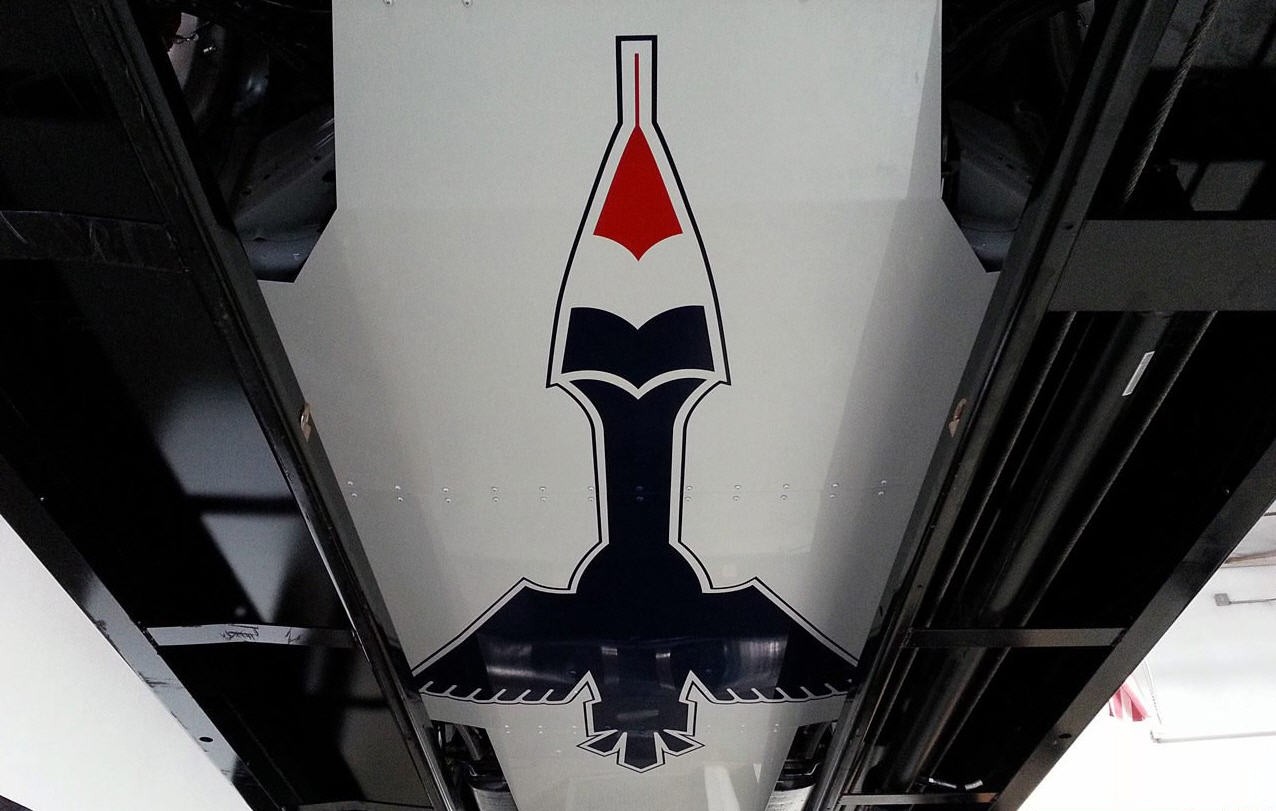 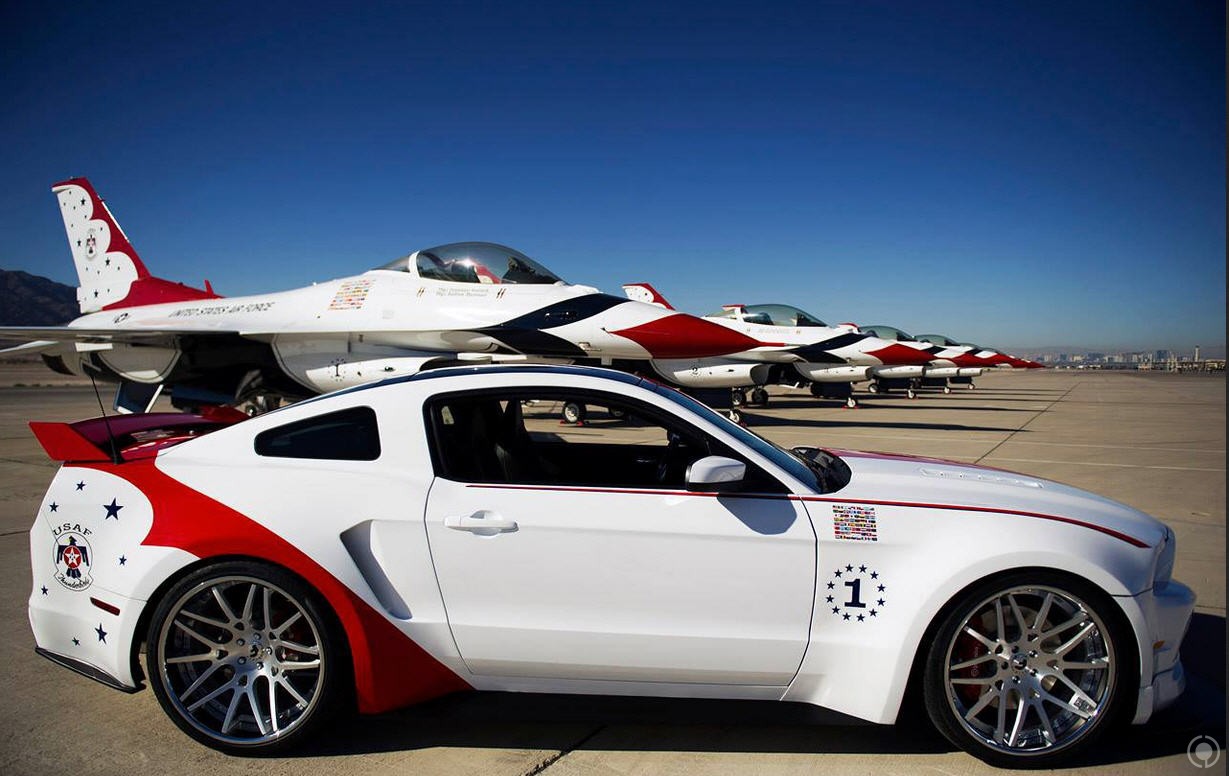 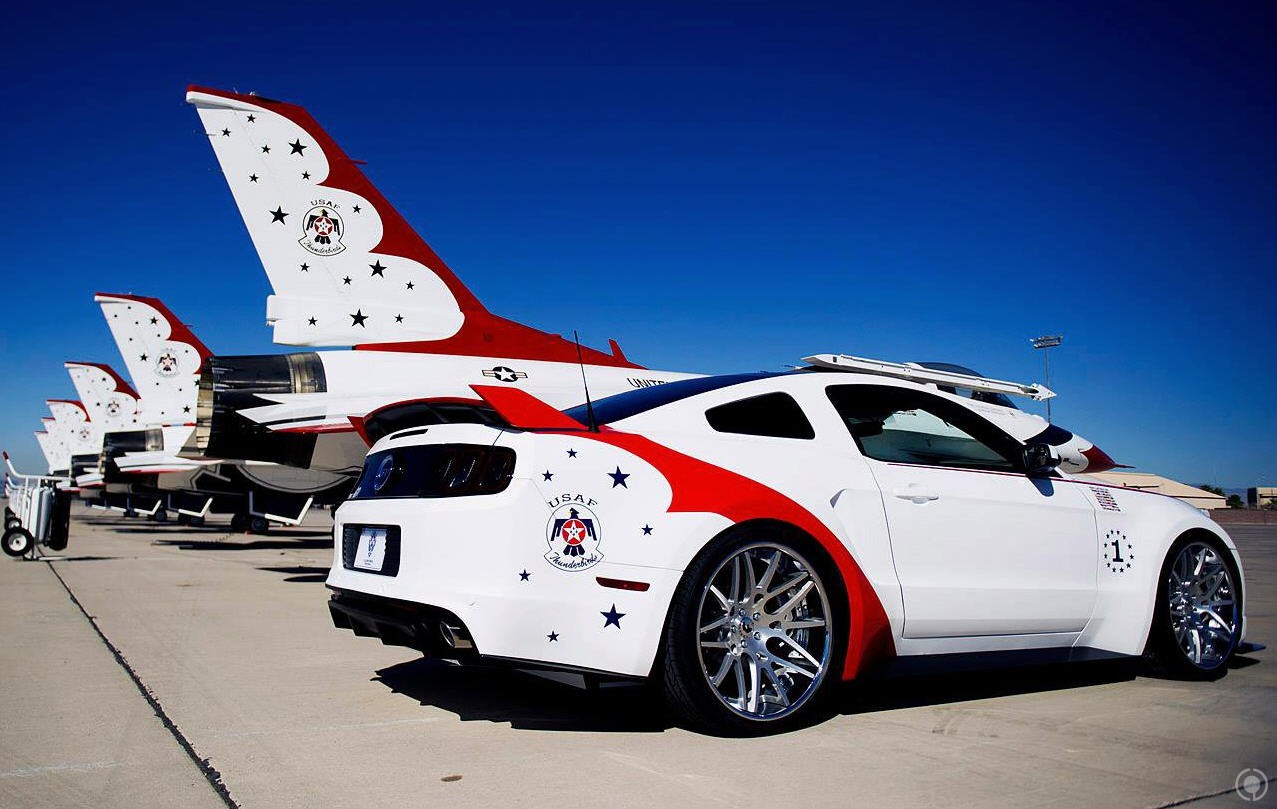 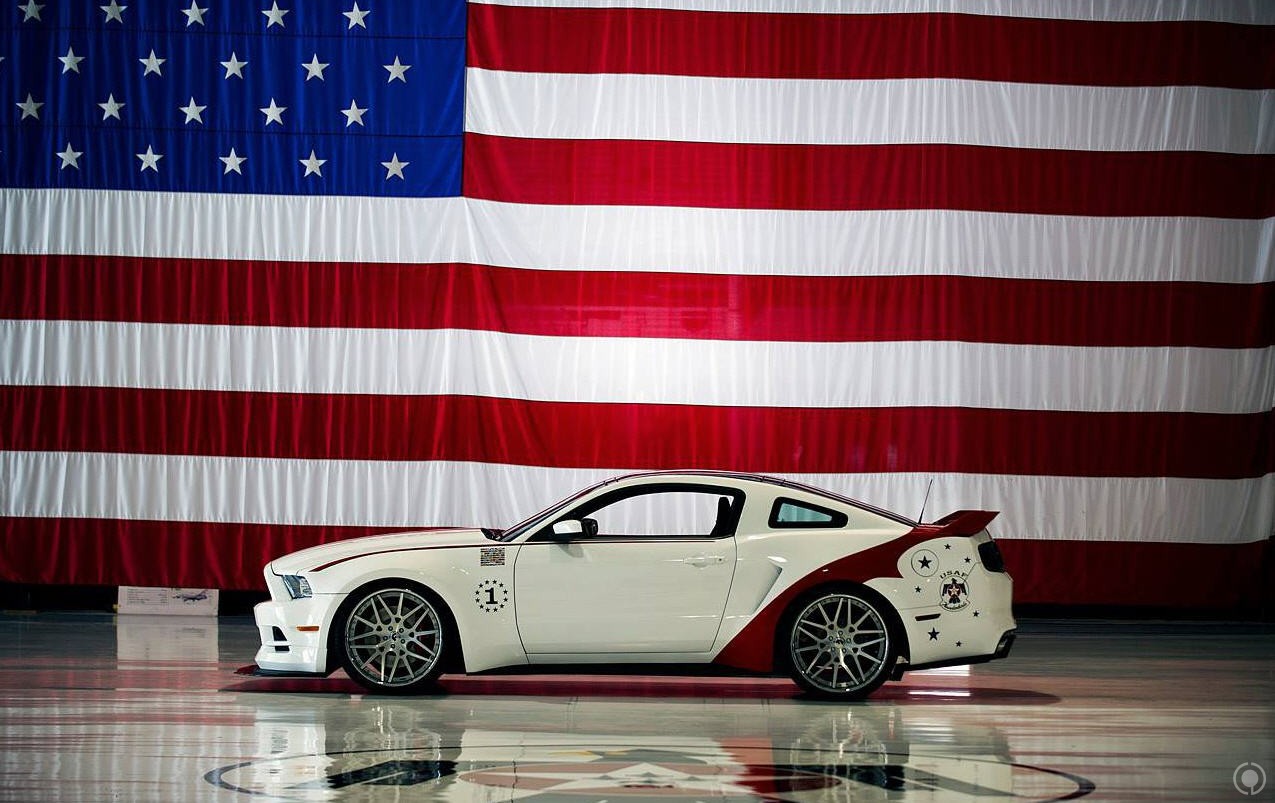 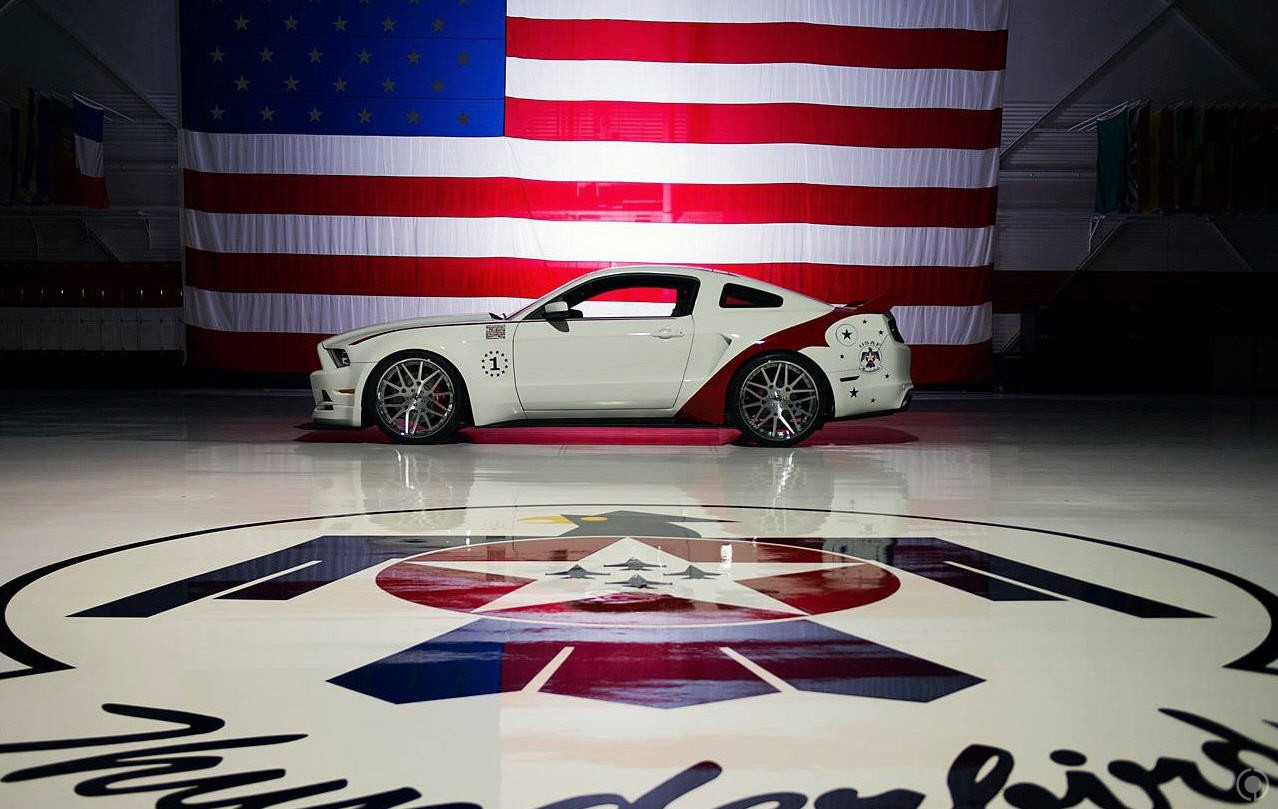 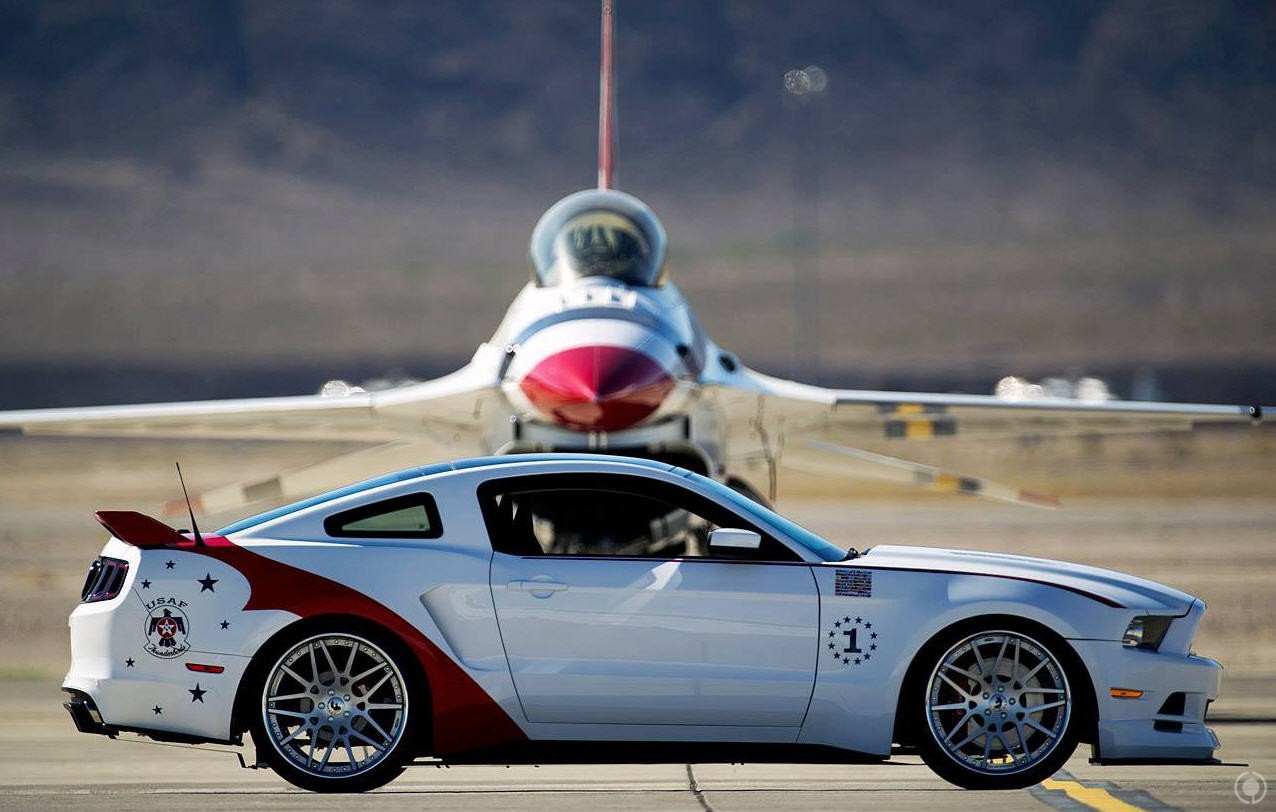