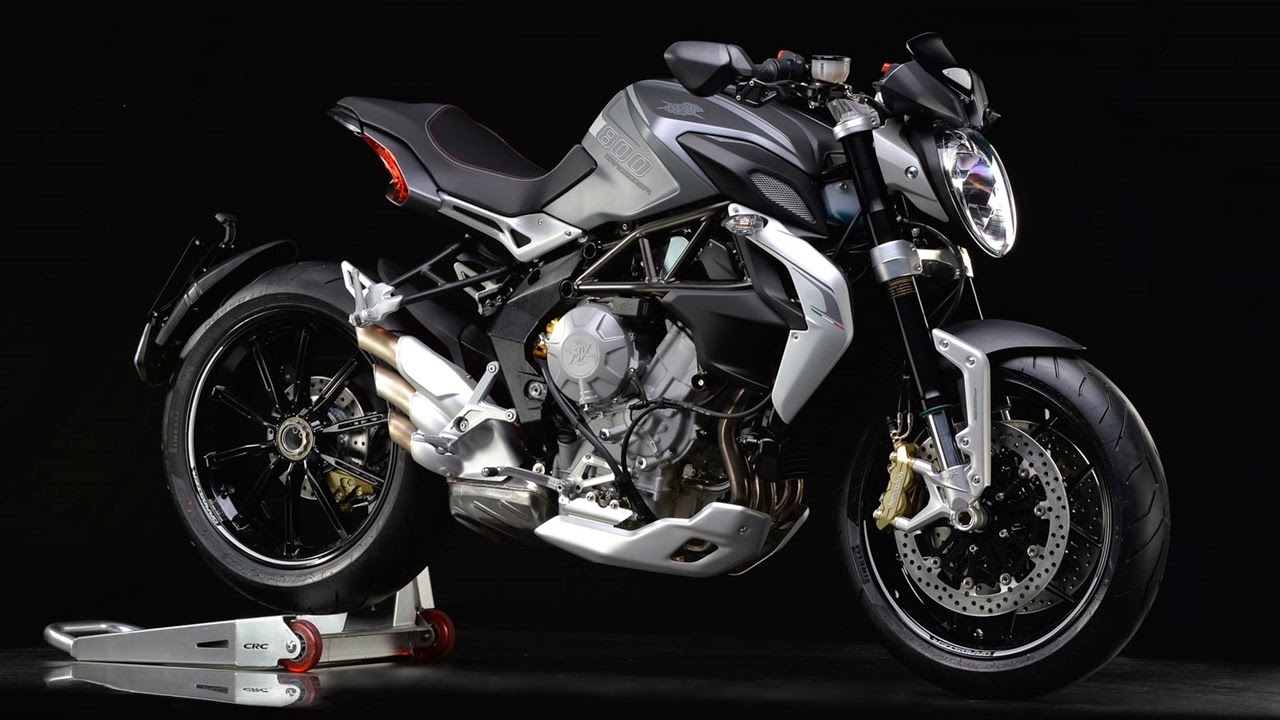 [ #Motobike ]
MV Agusta has unveiled the Brutale 800 Dragster model, which appears to feature the same 798 cc three-cylinder engine found in both the standard Brutale 800 and the Rivale, with a claimed 125 peak horsepower.

As you can see from the photos, the Dragster has some radical styling (and not much of a passenger seat). Top notch suspension and brakes (from Brembo) grace the Dragster, as well as a huge 200/50 Pirelli rear tire. 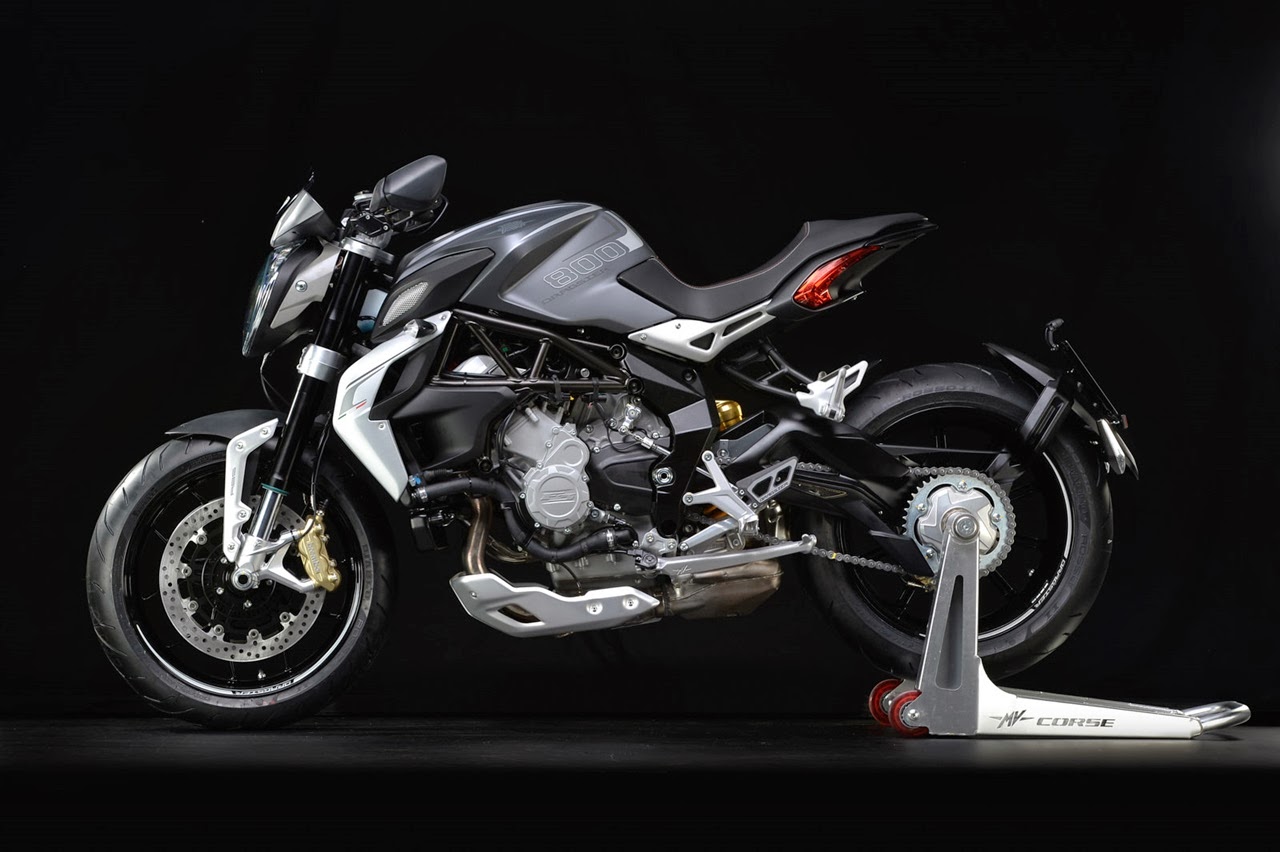 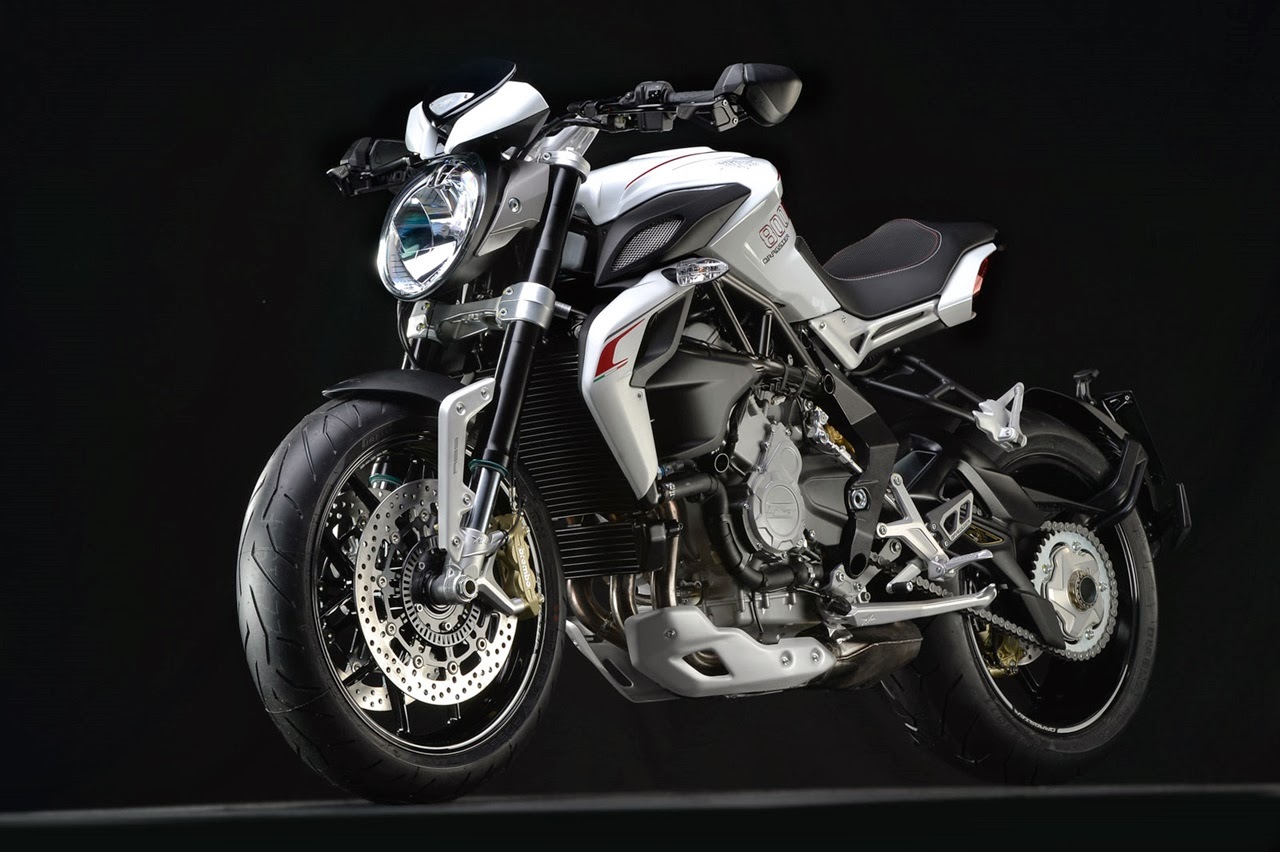 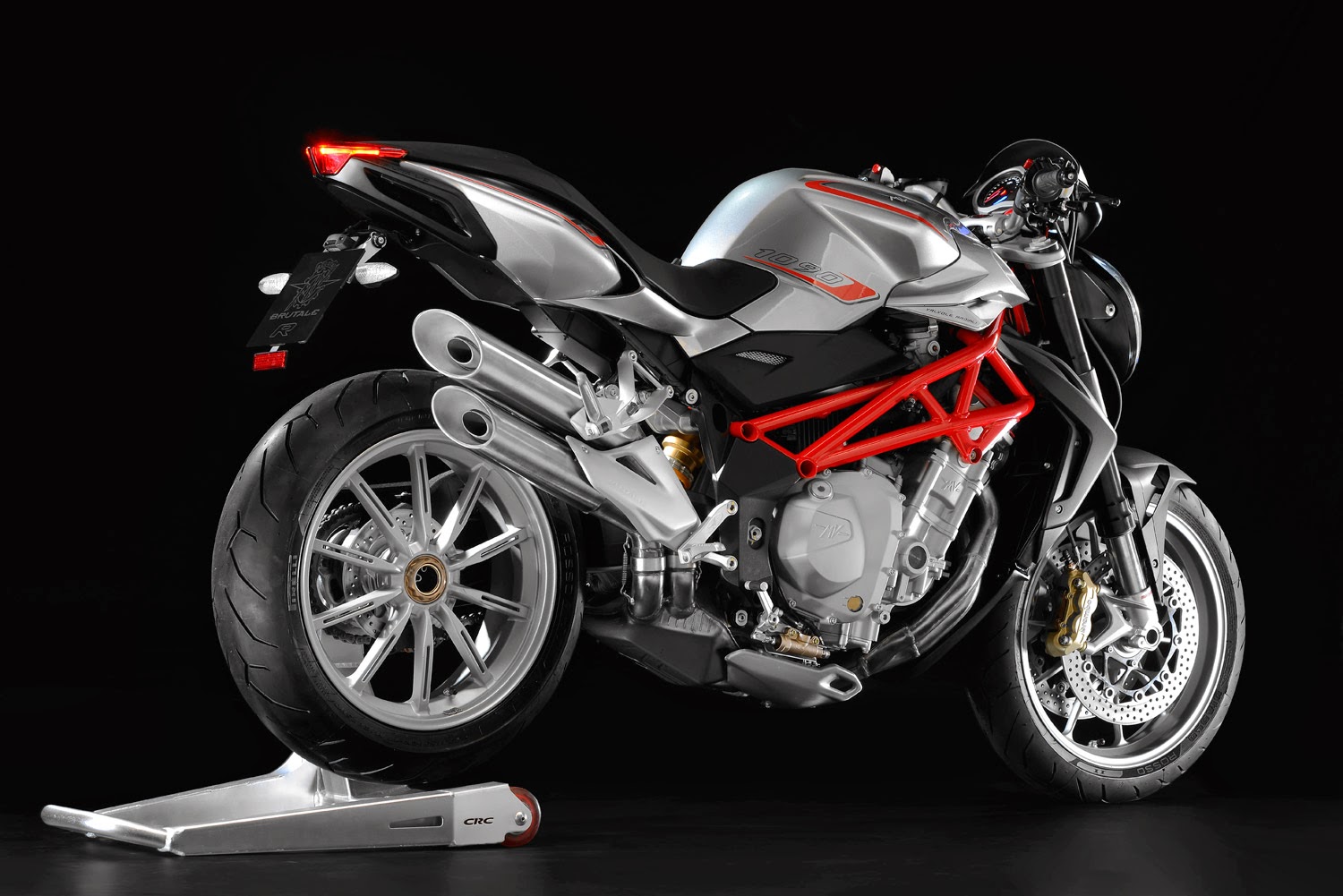