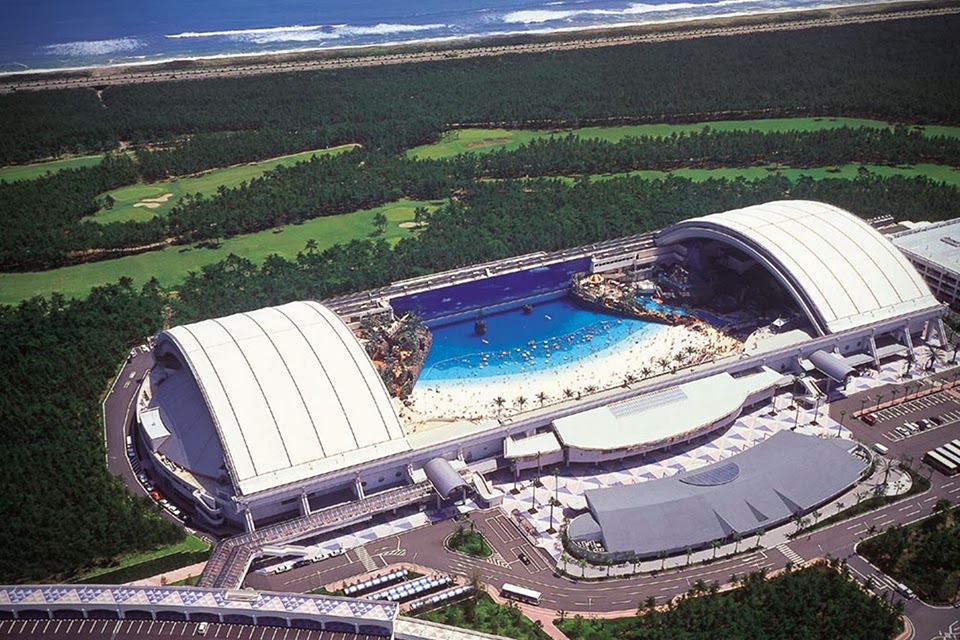 Located in Miyazaki, Miyazaki, Japan. The Ocean Dome, which was a part of the Sheraton Seagaia Resort, measured 300 metres in length and 100 metres in width. It was opened in 1993, and depending on the season, entrance cost was ¥2600 per adult and ¥1600 for children (roughly 30 and 20 USD in 1995 respectively). The Ocean Dome was officially closed on October 1, 2007 as part of a renovation and partial re-branding of the resort 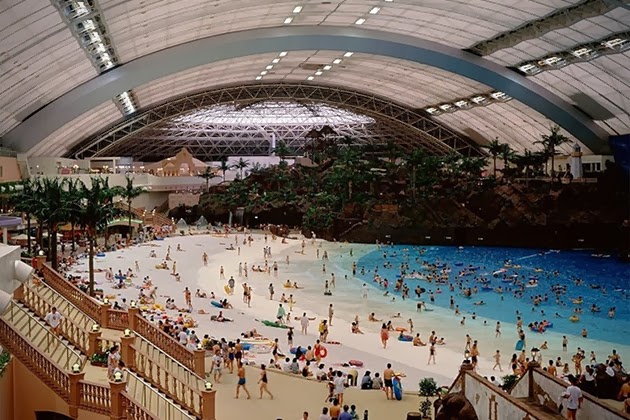 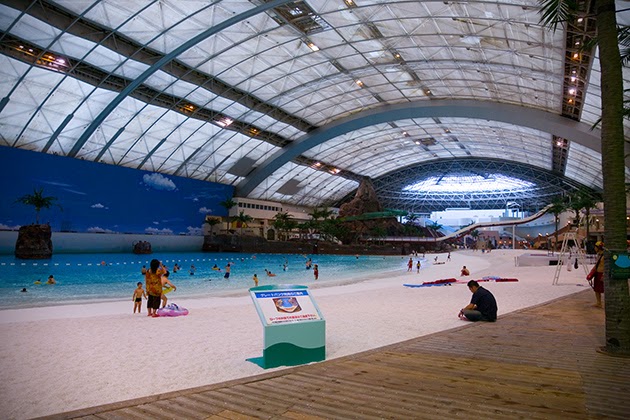 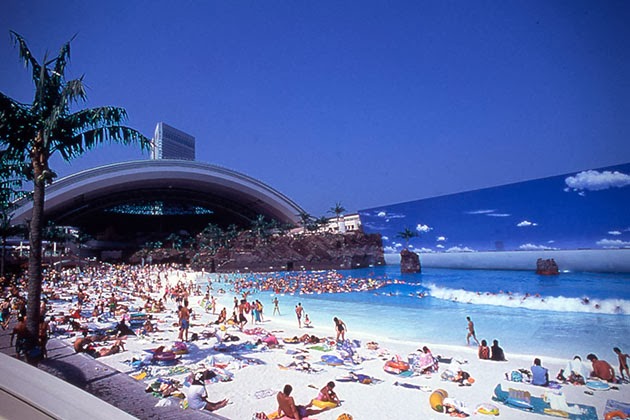 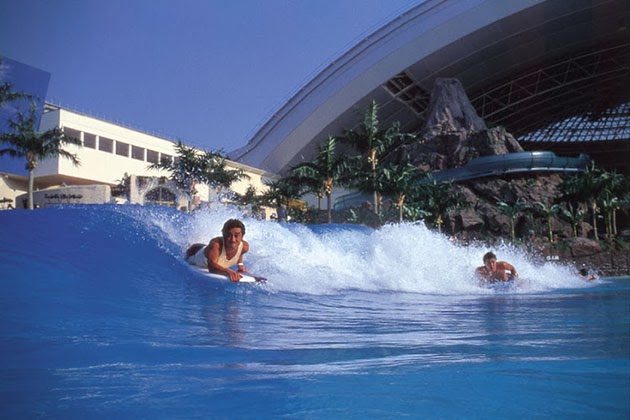 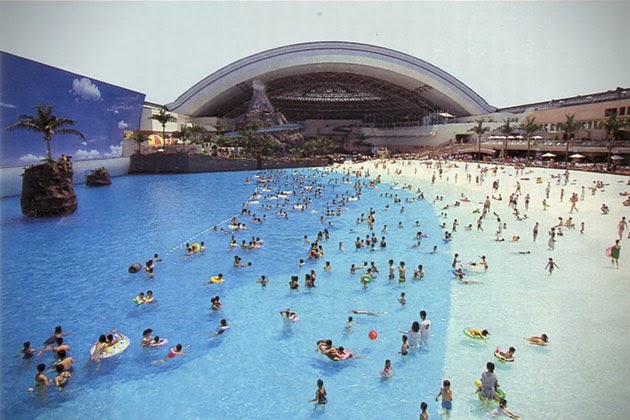 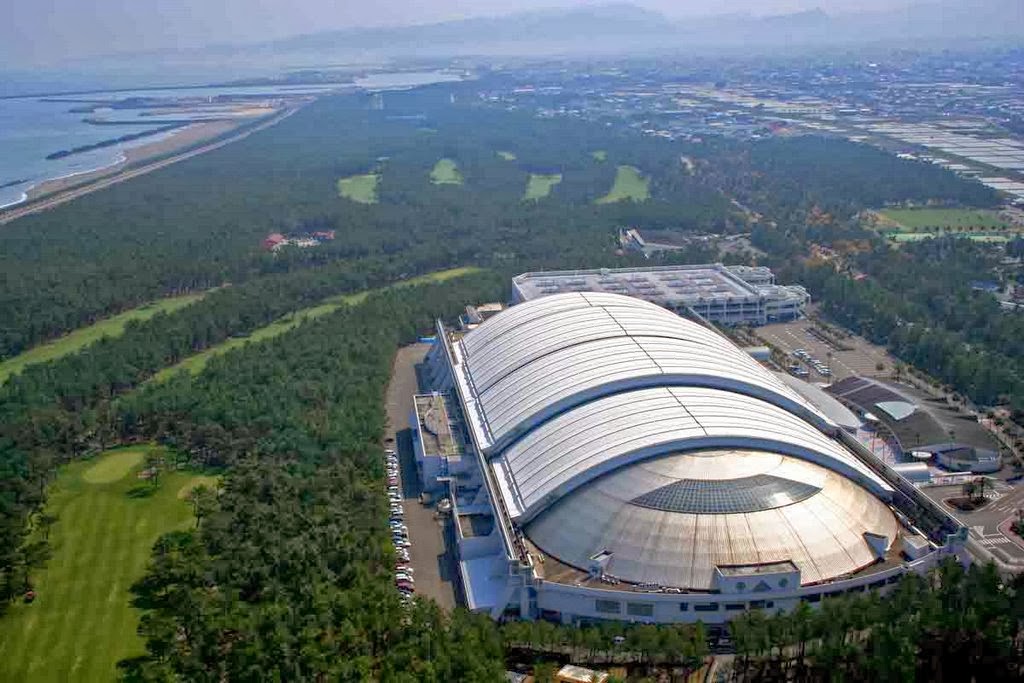