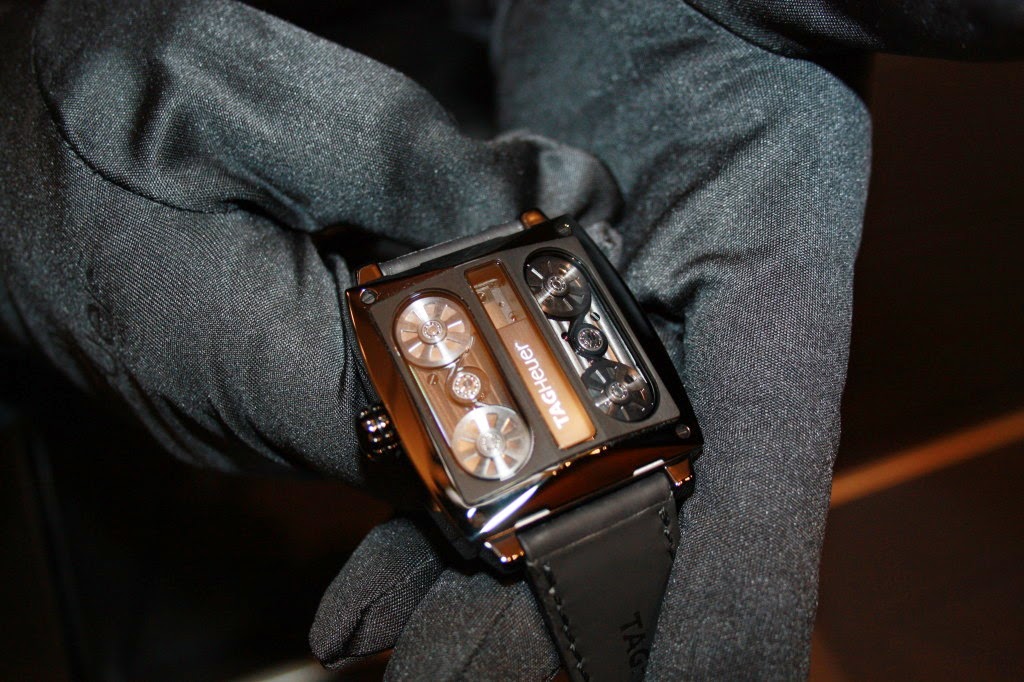 The V4 name derived from the V-shaped main plate on which the movement's four barrels are mounted: the 2-by-2 belt series on ball bearings are angled at +/-13 degrees, and look like the cylinders in a Formula 1 motor-racing engine.

And Now TAG Heuer has unveiled a brand new version of its Monaco watch, the V4 Tourbillon, which can lay claim to being the world’s first belt-driven tourbillon. The stunning watch features a black titanium carbide case features a partially skeletonized dial that reveals the unique belt-driven movement that powers the watch. Completing the stealthy look is a beautiful hand-stitched black alligator leather strap with a black titanium carbide clasp. Check out Tag Heuer Monaco V4 Tourbillon photos and video 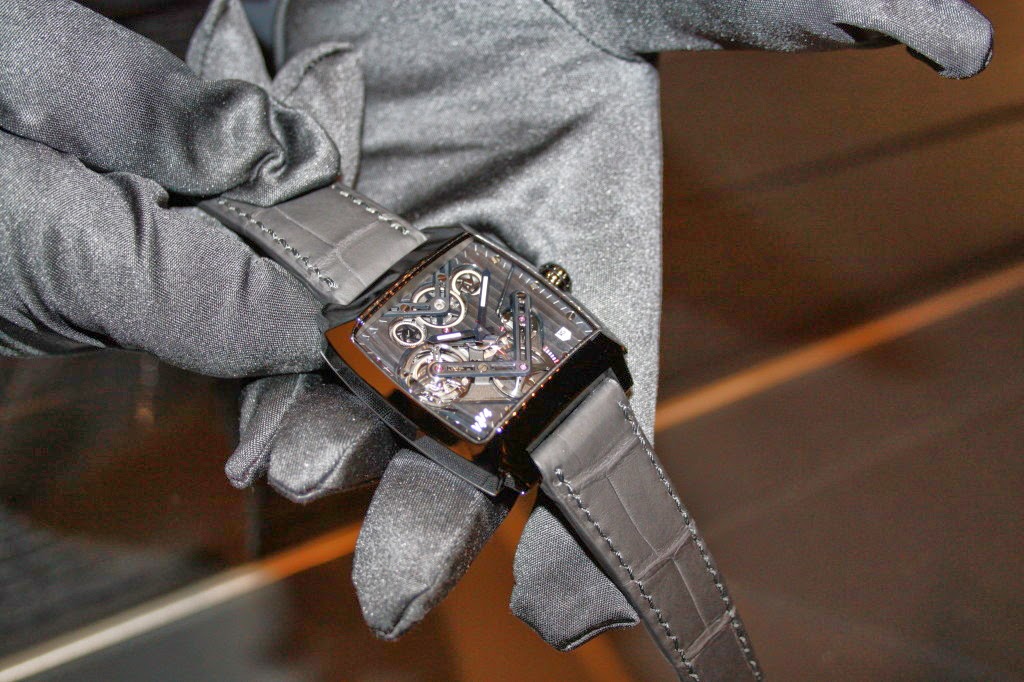 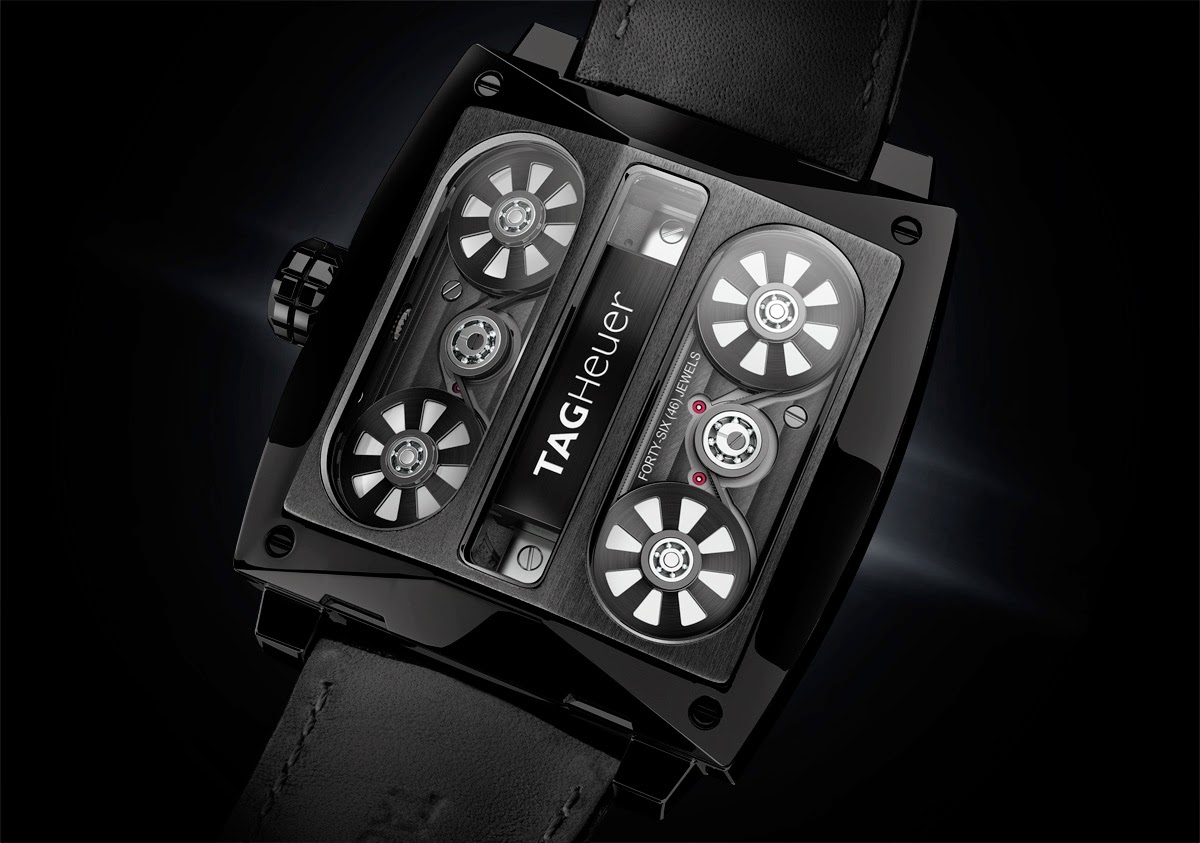 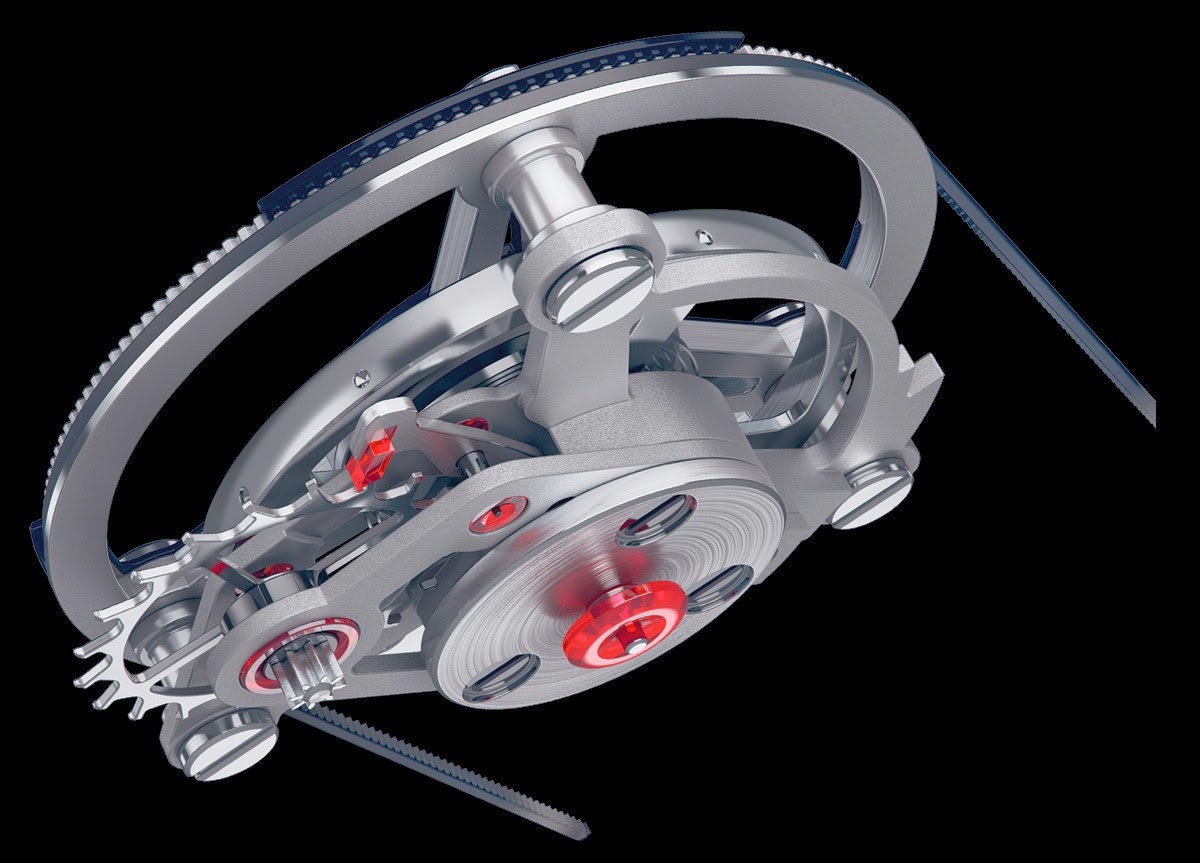 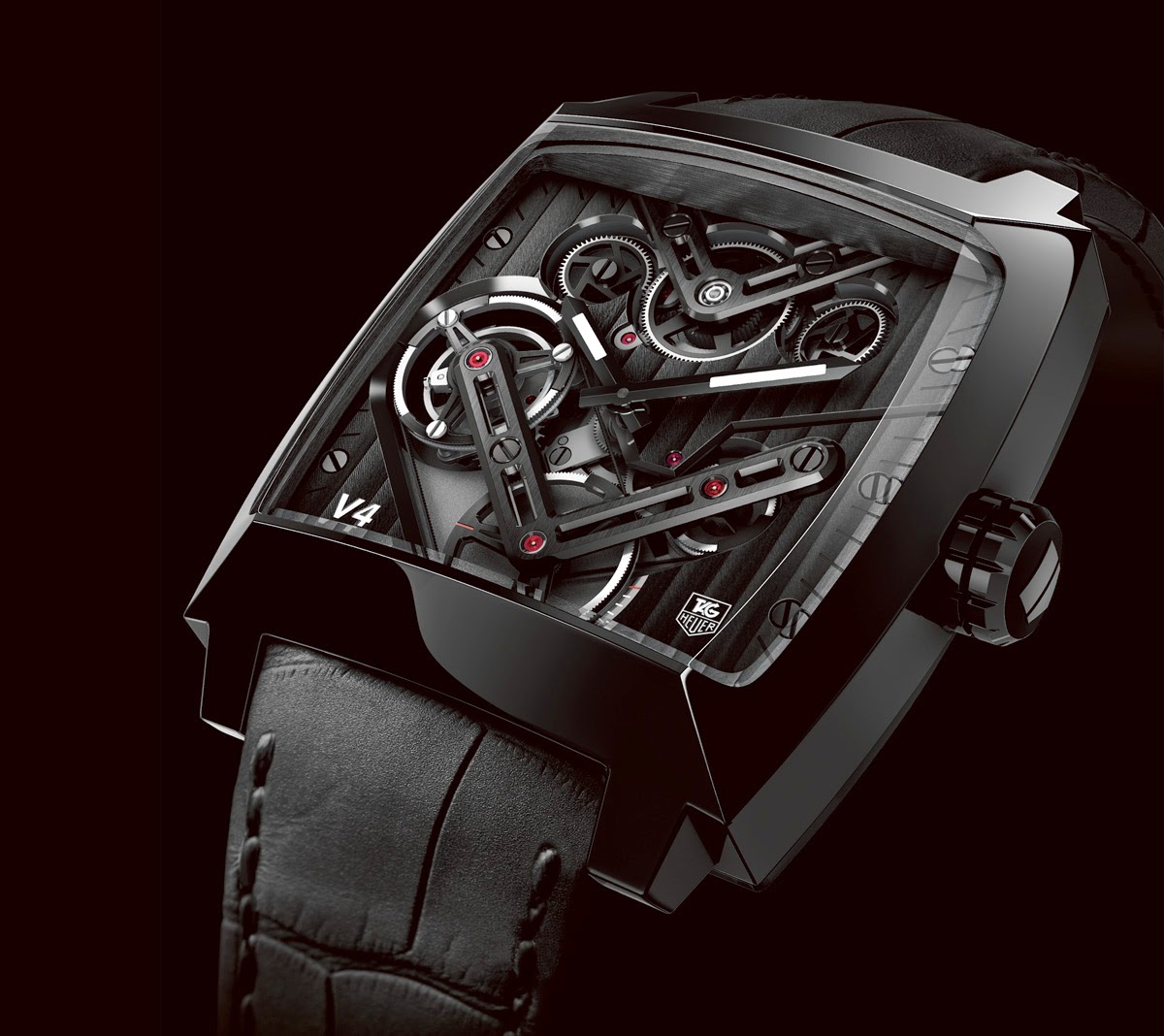 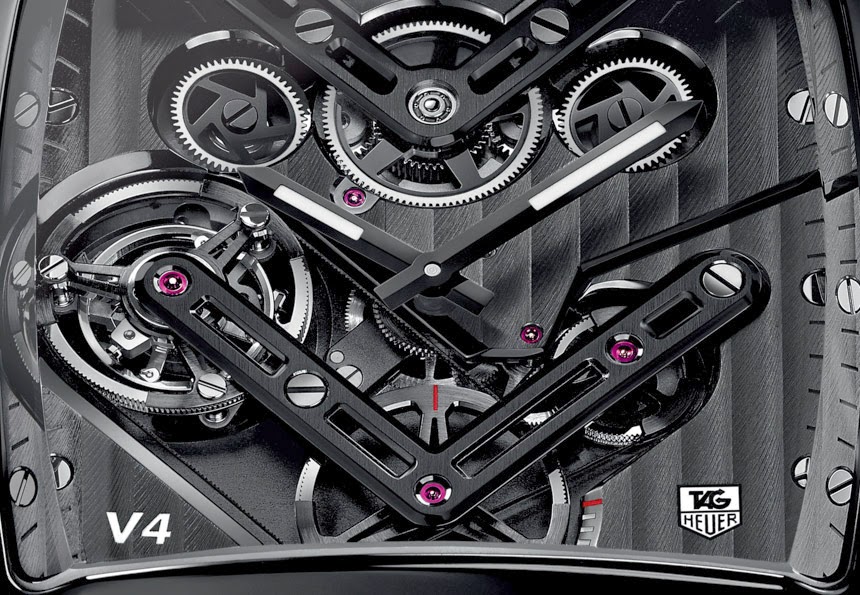 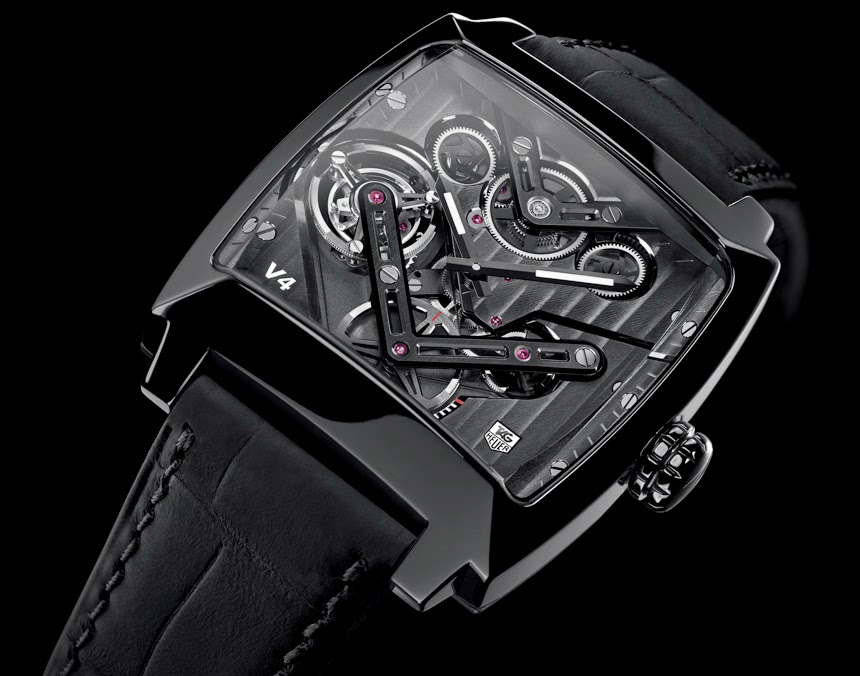 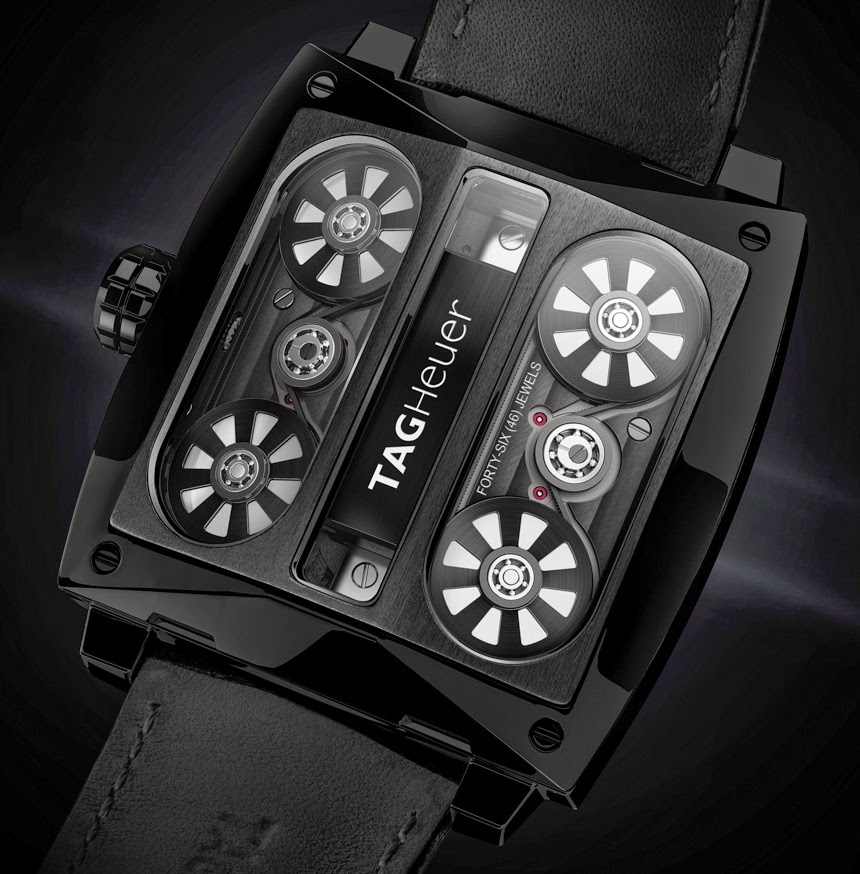 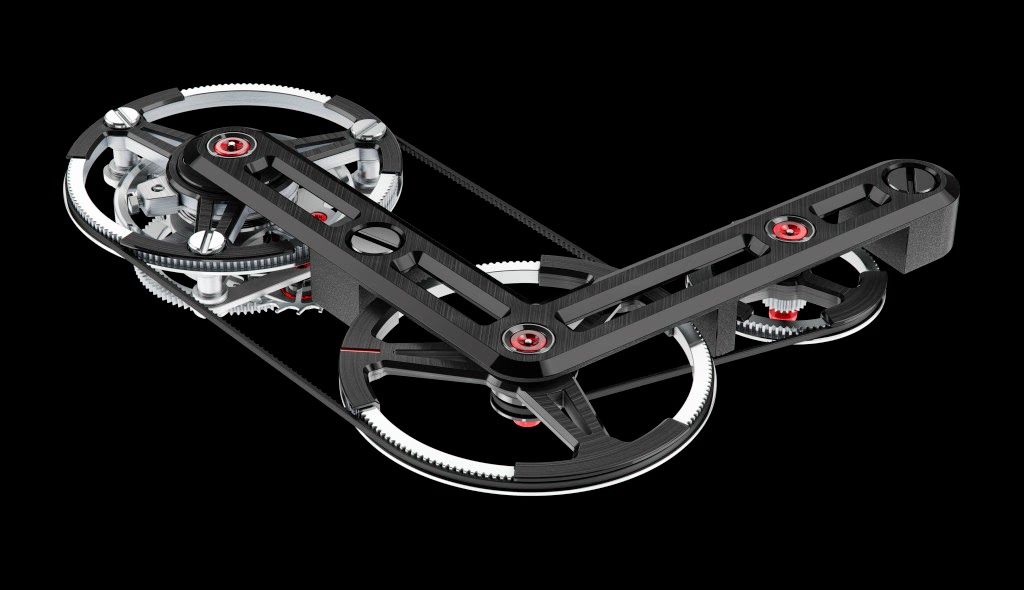