Mirage - a renovation proposal for Montparnasse Tower in Paris 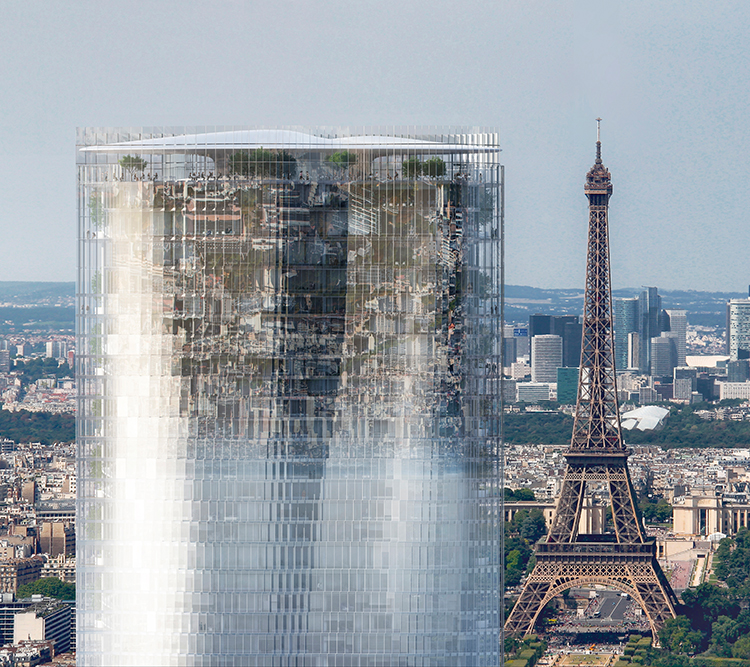 After its completion in 1973, the 210 meter-high Montparnasse Tower became the tallest building in Paris. But through the years, there has been constant criticism over its intrusive existence in the city, that it has been coined the ‘scar of Paris’. In 2016, the owner called an international competition to renovate the tower, and MAD was one of seven short-listed firms out of more than 700 teams to participate. 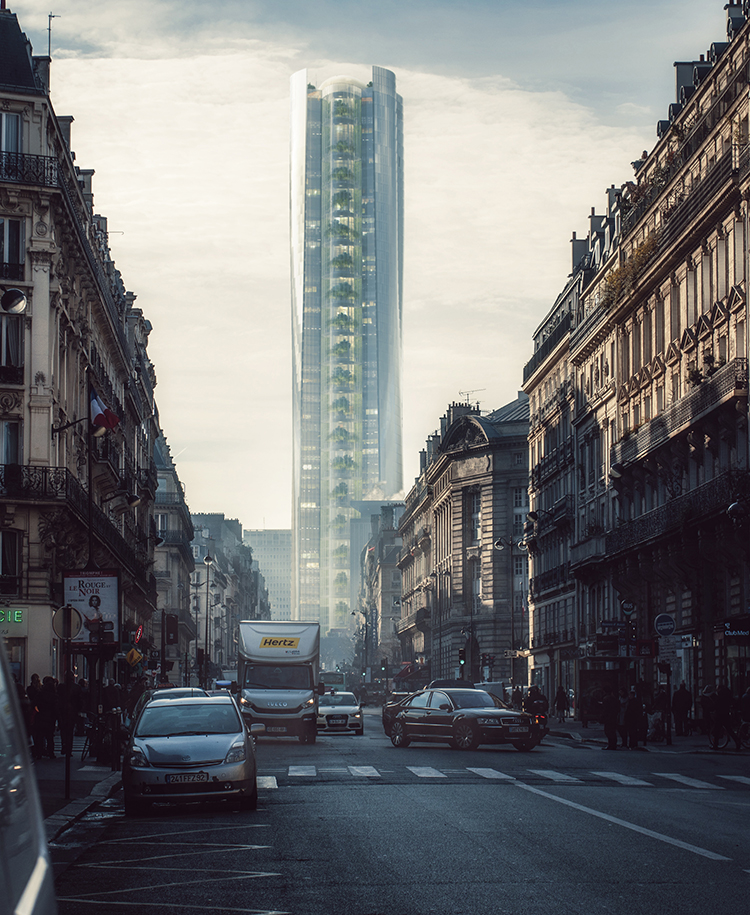 MAD’s design uses concave principles to create an optical illusion by setting every glass panel of the façade to a specific angle, so that the building itself turns into a city-scale concave mirror. 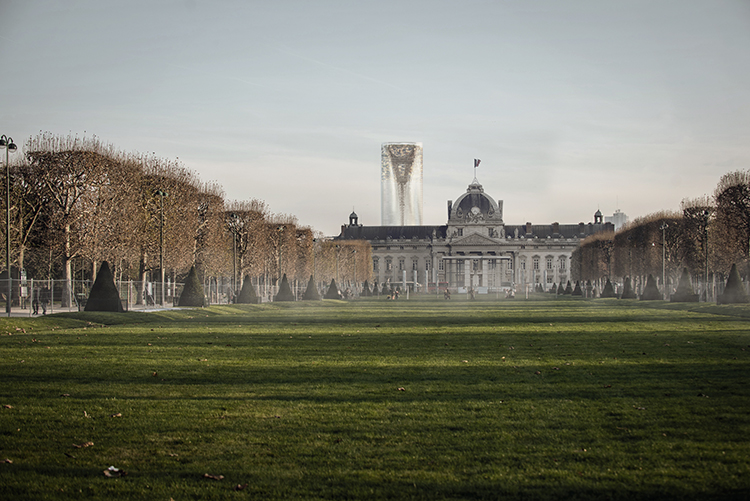 The streets and rooftops of the neighboring buildings appear as if they are hanging in the sky; while the sky is mirrored onto the lower section of the building, blending into the atmosphere. The design creates a mirage of Paris, but upside-down, as if it is floating in the air. And, Paris’ other city landmark, the Eiffel Tower, will also appear upside down when looking at Montparnasse Tower from that direction. 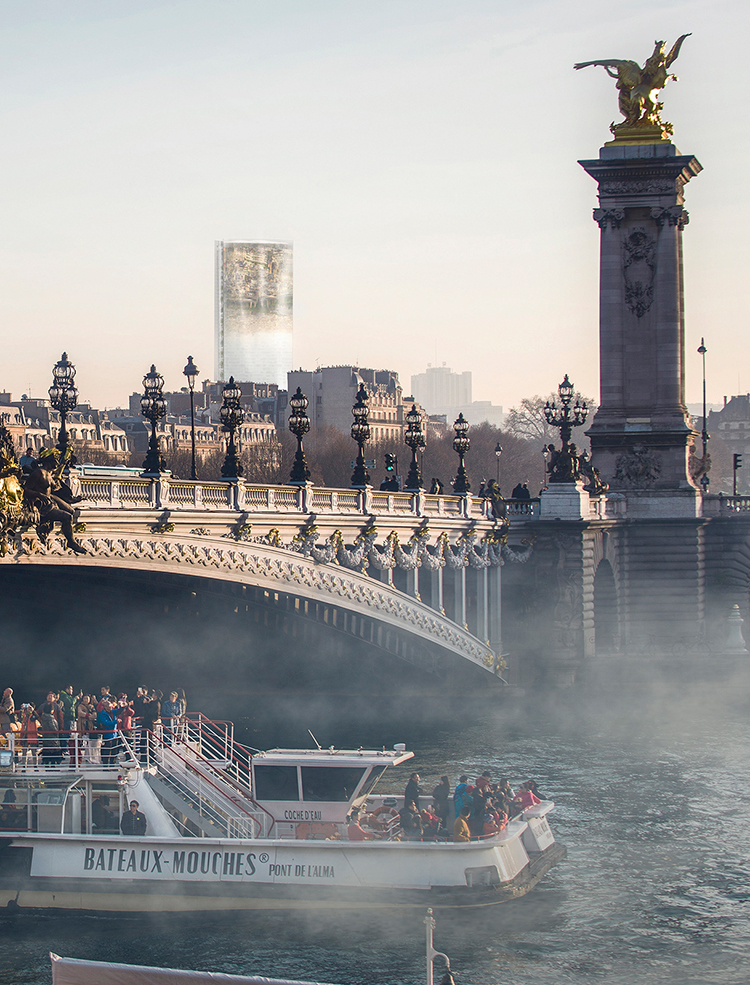